How to Keep Your Bunnies Cool this Summer

How to Keep Your Bunnies Cool this Summer

Have you ever wondered that, other than being adorable, what the purpose of bunnies cute little ears are for? Bunnies ears aren’t just long for the look of it! In fact, the ears of rabbits are used to regulate their body temperature. Their ears will typically contract during colder temperatures and will swell in the hot summer seasons! Believe it or not domestic bunnies do not do well in hot summer temperatures over 85 degrees fahrenheit. You’ll first begin to notice that your bunny is having a heat stroke by some of these signs that include the following; wet fur underneath their noses, flared nostrils, breathing that appears to be faster than normal, hot ears, and or lethargy and confusion. But don’t worry! There are plenty of ways to help out your furry little friend during the warmer summer months.

Let’s begin with a simple form of air circulation along with the do’s and don’ts of what to do with a bunny!

Be careful with fans! Never directly point a fan at a bunny especially if the air is already warm and stagnant. This will only make your bunny hotter than he or she already is. Because bunnies do not experience heat regulation the same way we humans do such as sweating, evaporation that a fan creates won’t be much help to a bunny unless the following actions are made. If you wish to use a fan make sure the fan is in oscillating mode to help move around the air. If the fan is a ceiling fan be sure that the blades are turned and are moving in a counterclockwise rotation to help move the air downward. 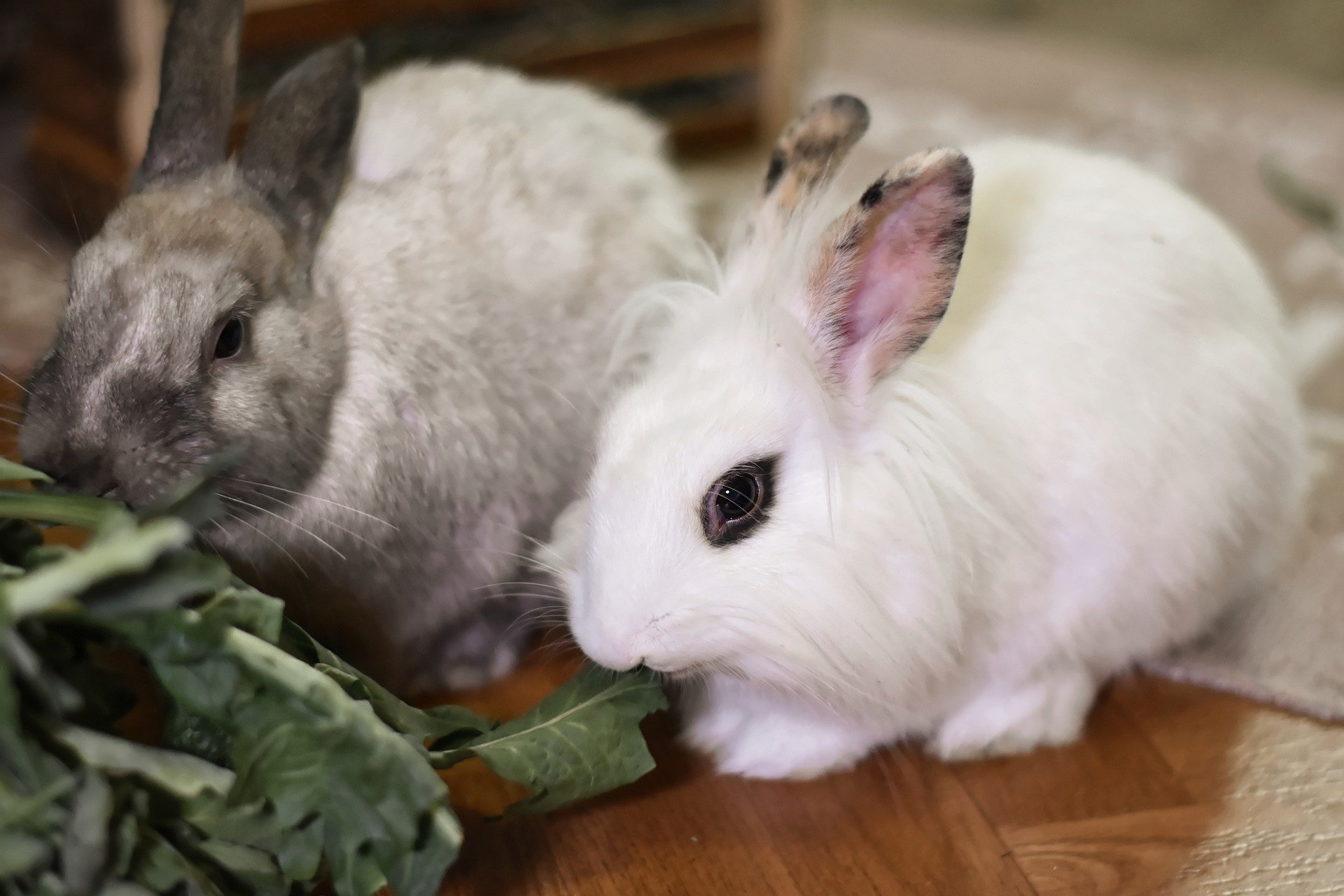 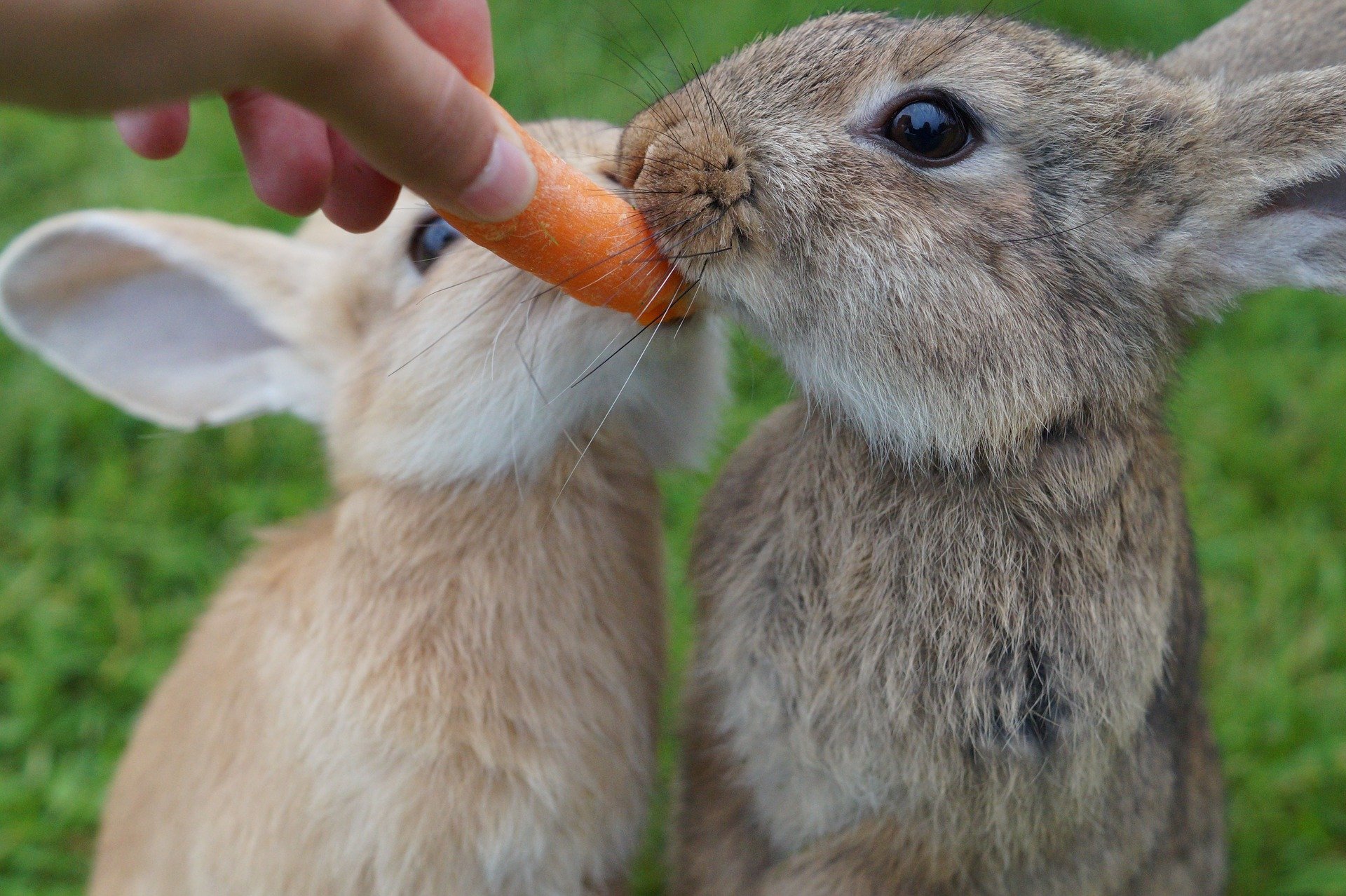 If you have the ability to use your AC unit, most definitely use it! Bunnies prefer a climate temperature anywhere between 60 to 70 degrees fahrenheit. Another method that can be an excellent conductor for providing a chilled effect are tiles. Yes, individual loose floor tiles! These are great conductors that create a chilled surface. However, never place tiles in direct sunlight or else it may lose it’s ability to have a chilled affect in the future. Just simply place the tile in the fridge for about 15 minutes. Bunnies will love this method especially if they are already feeling hot and need more of an immediate cooldown!

Your furry little friend will thank you for this one! Bunnies tend to develop winter coats which is great for providing them warm insulation in the cold winter months but can be an awfully hard time in the summer months if not properly groomed or sheared. If you have a long-hair bunny it would be best to give them a shear and relieve them of their heavy winter coat or 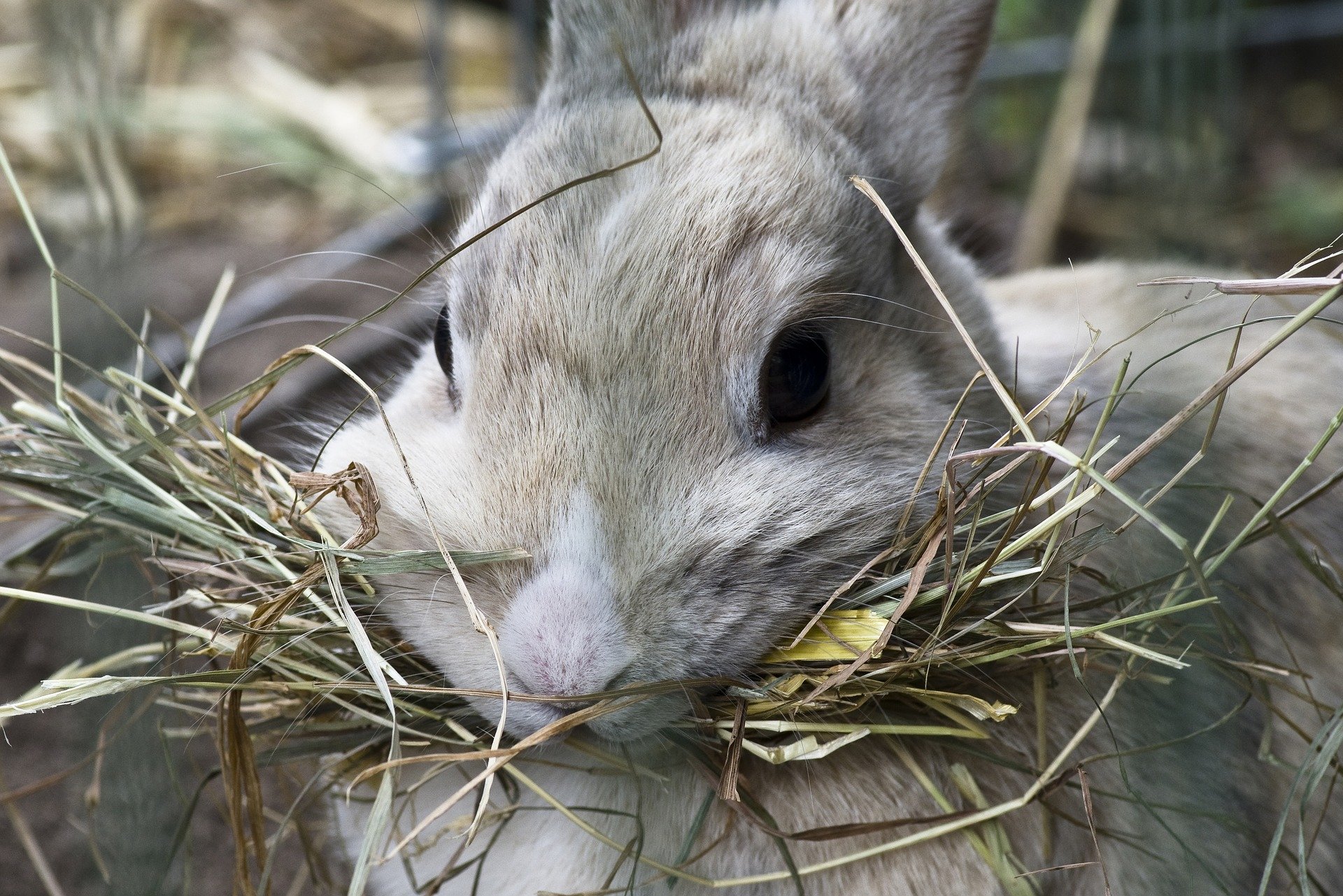 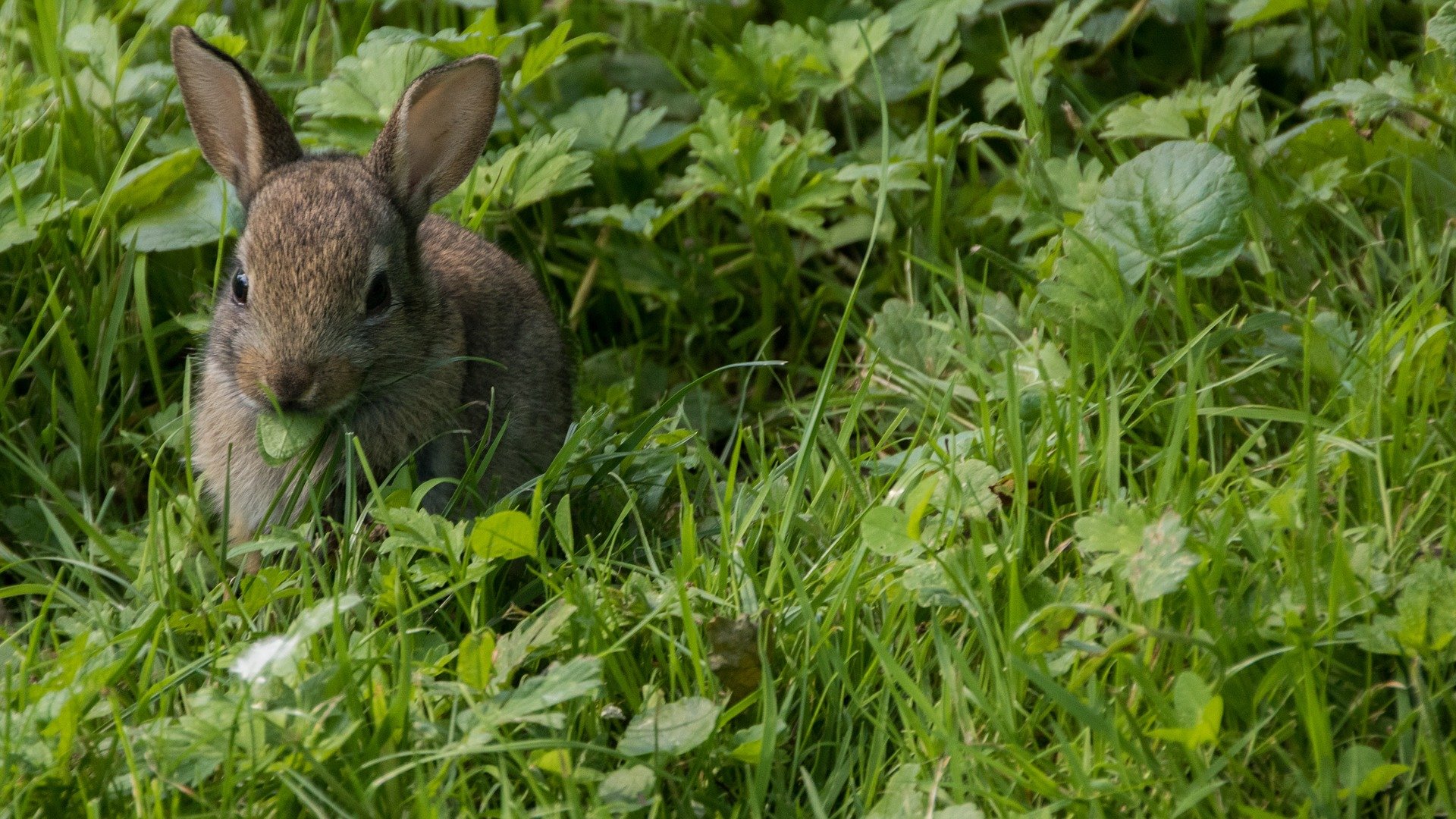 Contrary to popular belief, bunnies actually shouldn’t be given bottled nozzles as their main source of water. These products are not great at keeping your bunny hydrated. The best method is to keep a fresh large bowl of water. For a faster cool down, add ice cubes in the bowl. Your bunny will thank you. Additionally, you may give your bunny wet and washed lettuce. This will provide them with that extra boost of hydration. But beware: too many wet veggies can cause an upset belly for bunnies.

If you have your bunny placed by any window or source where sunlight can enter be sure to purchase yourself a pair of blinds or light-colored curtains. Black and darker color curtains will absorb more heat and cause unnecessary heating of a room.

Lastly, if your bunny’s pen has any fabric consisting of polyester or fleece, remove it for the summer months! These materials are great thermal conductors which are useful for the winter but dangerous in the summer for these temperature-sensitive animals. Instead, switch to lighter more breathable fabric such as cotton sheets or cotton pillowcases. 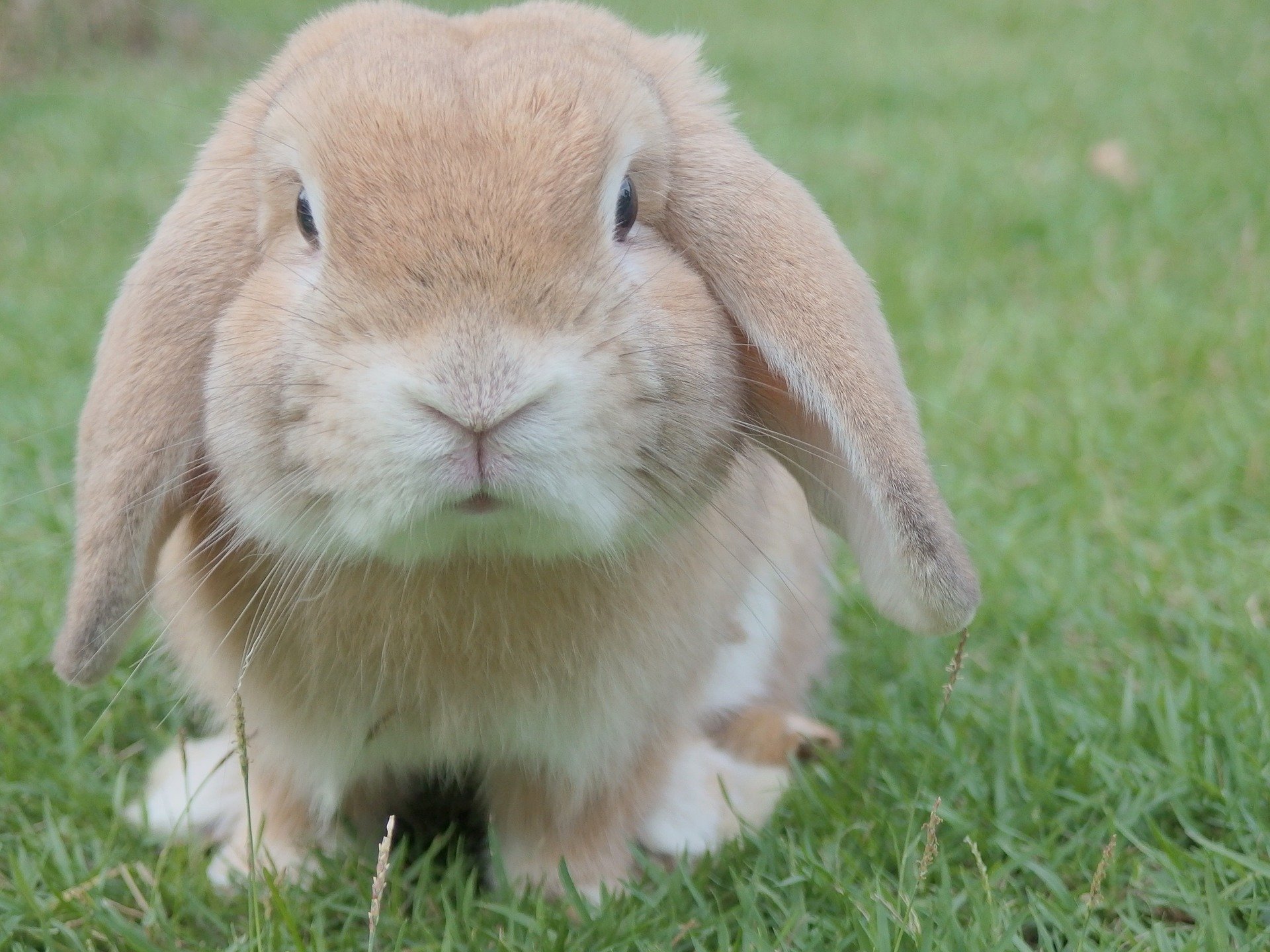